We Shall Overcome with the Torah as Our Guide 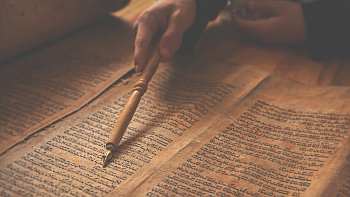 The feeling of gloom and doom regarding Israel's present danger is hardly justified by a long view of Jewish history.

Recall the appalling condition of the Jewish people after the destruction of the Second Temple. Or ponder the horrendous loss of Jewish life resulting from the Christian Crusades and, more recently, from the Nazi Holocaust. Surely there was more reason for pessimism then than now, when Israel is not stateless and has a formidable military establishment, a sophisticated scientific-technological infrastructure, and a surprisingly expanding economy.

In fact, Israel's condition in the 1948-49 War of Independence was more precarious than now. True, Israel's government under David Ben-Gurion was more passionately Zionistic than the present one. True, the patriotic zeal and the extraordinary fighting spirit of the Jews of his generation compensated for lack of military hardware. But as Operation Cast Lead indicates, the courage or fortitude of Israelis today is quite formidable despite the shortcomings of Israel's ruling elites.

This is not to minimize the danger now confronting Israel from Iran. That danger would be greatly diminished, however, if Israel were unified under a Torah-oriented republic rather than fragmented under a specious western-style democracy.

Perhaps the leadership for such a republic will soon emerge from Zionist youth now living in Judea and Samaria. And despite the anti-Zionist reputation of the Haredim, I dare say that the latter have great promise.

First of all, the Haredim have the fewest illusions about the secular democratic state, and none about the Arab-Islamic world. They scorn pop culture and they are not steeped in the escapism or pacifism of the cultural left.

Second, the vast majority of the Haredim maintain that the Land of Israel belongs exclusively to the Jews and that only Jews have political rights in Eretz Israel. At the same time, they have learned from the Torah and from their Rabbis, that whereas a wrong committed against a fellow Jew is an ordinary sin, a wrong committed against a non-Jew is in addition the more serious sin of profaning the Name of God, the sanctification of which is Israel's mission and destiny.

Third, and most happily, more and more Haredim are entering the professions, and this will foster greater unity and excellence among the Jewish people.

Fourth, their high birthrate is rendering the Haredim more politically significant, the tendency of which will make them more nationalistic.

Fifth, the convergence of Torah and science (evident in the books of physicists such as Gerald Schroeder and Nathan Aviezer), versus the nihilism conspicuous in western-style democracies, will bring more and more Jews back to their glorious heritage and hasten the process of transforming Israel into a Jewish republic that will inspire mankind.

Thus, let us not be downcast by the decrepit state of contemporary politics, and let us not be dismayed by the dangers that confront us. We must not only honor, but also enrich our unrivalled tradition by thinking in creative ways that will invigorated and elevate the individual and the community.

Even now there are creative ideas and forces at work that transcend the nostrums of politics or of conventional democracy. It was not politics, and it was not democracy, that preserved the Jewish people through centuries of humiliation, persecution, and massacre. To the contrary: the politics of nations cast countless Jews into the torture-chambers of Europe; and let us not forget that during the Holocaust, democracies, to say the very least, looked on with indifference.

To conclude: It was the Torah and only the Torah that preserved the Jewish people through millennia of dispersion and decimation. It is the Torah that must fire our hearts, inspire our minds, and guide our actions. By upholding the Torah we shall overcome our enemies and the present danger.