The Sin of Heter Mechira 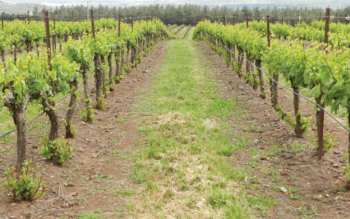 [ I have debated writing this post for some time now. However, as I have continued to see the stories reported by the media (almost as if mocking what is happening), I felt I must say something. I serve Yahweh, the God of Israel, and I pray for His people because I know that He has chosen them, and that salvation shall come through them. Israel has enough problems with its anti-Jewish Jewish government and the nations of the world trying to destroy her. She doesn't need to be disobeying Torah and bringing the curses upon her once again. Please read this post in light of the love in which it is written. ]

Starting last Yom Teru'ah (Day of Trumpets, aka "Rosh Hashanah"), Israel began a sabbath year, as commanded by God (though the new year actually starts 13 days before Passover). The instructions for its observance are given in Torah:

"You shall sow your land for six years and gather in its yield, but on the seventh year you shall let it rest and lie fallow, so that the needy of your people may eat; and whatever they leave the beast of the field may eat. You are to do the same with your vineyard and your olive grove." (Exodus 23.10-11)

Notice the portions that speak of the land itself:

Now, I'm pretty sure that is clear to almost everybody — it is the land that is to have rest. That's the whole purpose of the sabbath year. The Land of Israel is a living entity and needs rest.

The command is important enough that God drove the remanent of Israel out of the land for seventy years because they did not obey the command regarding the sabbath year:

"Those who had escaped from the sword he carried away to Babylon; and they were servants to him and to his sons until the rule of the kingdom of Persia, to fulfill the word of Yahweh by the mouth of Jeremiah, until the land had enjoyed its sabbaths. All the days of its desolation it kept sabbath until seventy years were complete." (2 Chronicles 36.20-21)

Yahweh said, through the prophet Ezekiel, "You have despised My holy things and profaned My sabbaths" (Ezekiel 22.8). And again, we see Daniel praying to God to remind Him that the time had been fulfilled:

"To the Lord our God belong compassion and forgiveness, for we have rebelled against Him; nor have we obeyed the voice of Yahweh our God, to walk in His teachings which He set before us through His servants the prophets. Indeed all Israel has transgressed Your law and turned aside, not obeying Your voice; so the curse has been poured out on us, along with the oath which is written in the law of Moses the servant of God, for we have sinned against Him. Thus He has confirmed His words which He had spoken against us and against our rulers who ruled us, to bring on us great calamity; for under the whole heaven there has not been done anything like what was done to Jerusalem." (Daniel 9.9-12)

As I said, I think that's pretty clear to most people ... except for many Jews (including some rabbis) in the land of Israel.

You see, about 100 years ago, when Israel was beginning to return to the land in large masses, the country was poor and farmers were working hard trying to eke out a living and provide food for their families. When the sabbath year came around, the rabbis issued a ruling called heter mechira, a procedure by which a Jew who owns land "sells" it to a Gentile for the duration of the sabbath year. At the end of the sabbath year, the fake deed is torn up and the property "reverts" back to its Jewish owner. By doing this, the Jew who actually owns the property can still work it because, according to the ruling, it isn't Jewish-owned land. To quote one Jewish landowner who participates in heter mechira: "It's a trick. But it's a smart trick. That's the Jewish way of dealing with the Torah. You reinterpret." The practice has continued to this day.

"You shall not add to the word which I am commanding you, nor take away from it, that you may keep the commandments of Yahweh your God which I command you." (Deuteronomy 4.2)

I want to be clear here. Not all Jews in Israel participate in heter mechira. Many think it is an abomination, a clear violation of Torah, a sin. However, a large enough number of them do so as to make it a real problem.

Notice what I pointed out in the beginning regarding the command and its relation to the land. If we read it carefully, it does not matter who owns the land. All of the land of Israel — from the Red Sea to the sea of the Philistines, and from the wilderness to the River Euphrates — is included in the command. Obviously, Israel does not have all of its rightful land under its control at this time so, obviously, it wouldn't apply to all of it. However, it does apply to that land that is under Jewish control — all of it!

Prior to the beginning of the sabbath year, many rabbis in Israel advised their local assemblies to not work the land; rather, to buy fruits and vegetables from the Arabs or from out of the country. To counteract that ruling, the Chief Rabbinate of Israel called on all the bodies that issue kosher certificates in Israel to refrain from purchasing fruits and vegetables from Arab farmers during the sabbath year "for fear the proceeds will be used for funding terror". Now that's a nice legal twist.

From the Scriptures mentioned above, we can see that one of the aspects of the observance of this command is to honor God: "then the land shall have a sabbath to Yahweh". Given that Israel was driven from the land once before because it didn't observe the sabbath year, it becomes apparent, in some way we do not understand, that when God created the land of Israel, it was done is such a manner that it must have a sabbath every seventh year.

If someone is truly trusting the Lord for his daily sustenance, then God is quite able to keep him, even during the sabbath year. In fact, look at what God says:

"But if you say, 'What are we going to eat on the seventh year if we do not sow or gather in our crops?' then I will so order My blessing for you in the sixth year that it will bring forth the crop for three years. When you are sowing the eighth year, you can still eat old things from the crop, eating the old until the ninth year when its crop comes in."

So look at what God has said He will do. In one year (the sixth), He will provide food for that year, for the next year (the seventh or sabbath), and then, while the field is being planted for harvest in the ninth year, He will provide food for that year (the eight) — three years crops in one harvest! What does all this take? Just a bit of faith and obeying His commandments. For Moses says again:

"For Yahweh your God is a compassionate God; He will not fail you nor destroy you nor forget the covenant with your fathers which He swore to them." (Deuteronomy 4.31)

In addition, as stated in Exodus, the land is to have a sabbath so that the poor and the beasts of the field can eat. So, if someone is busy working their land, due to some "trick" in the interpretation of Torah, then the poor (as well as the beasts) are not going to eat in the manner in which God provided for them to eat. So the poor continue to go hungry just so the landowner can continue to make money and employ his workers, rather than relying upon God.

It seems that it comes down to this: the heter mechira ruling is due to a lack of faith. I know that in the world we live in today, that is a hard thing to do — to completely let go and let God take charge of it all. But let's not forget all the stories of faith of Abraham, Joseph and others, as well as the recent one given by Sara Yoheved Rigler. Imagine what the world would do if all of Israel observed the sabbath year, according to the commandment given by God. Imagine how glorified God would be in the eyes of the Gentiles. May it be soon!