No Retreat No Compromise

"And Pharaoh called to Moses, saying: Go and worship the L‑rd. Only your sheep and cattle will remain — your children will also go with you. And Moses said: You will also give us offerings and sacrifices for the L‑rd our G‑d, and our flocks will go with us..." (Exodus 10.24-26) 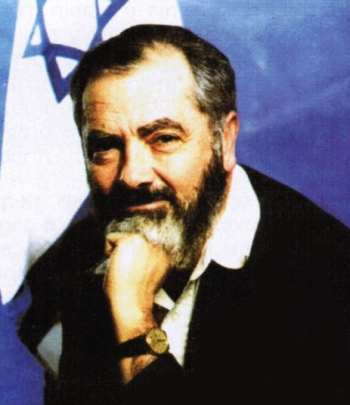 Rabbi Meir Kahane
The ninth plague — darkness — has struck Egypt with a vengeance and Pharaoh breaks. Step by step he has retreated and after the eighth plague — locusts — he was prepared to allow the Jews to leave except for their children. Now he surrenders almost entirely as he agrees that all the Jews can leave. He only asks one thing, one compromise, one small victory for himself: that the Jewish cattle remain behind.

Consider: the Jews have been slaves for 210 years. They have lived in misery and persecution. They suffered decrees such as the one casting their male children into the sea. They cried out unto the L‑rd for freedom and salvation. Now, apparently the great moment has arrived! Pharaoh agrees that they shall go free! What does it matter that he asks for their cattle? Give it to him! The main thing is peace and salvation and we are willing to give up cattle for peace!

But Moses knows that this is not the purpose of the freedom of the Jewish people and of the story of the slavery and exodus. He is not prepared to compromise one inch because he knows what the purpose of G‑d is. When Moses first entered the presence of Pharaoh and said: "The L‑rd, G‑d of the Hebrews, has said: Let my people go!" Pharaoh contemptuously answered: "Who is the L‑rd? I know not the L‑rd and will not let Israel go!" [Exodus 5.1-2] Here is where the battle was joined. Here is the purpose and aim of creation — to have the world recognize the dominion and kingship of the L‑rd being challenged. Pharaoh must be made to recognize and totally acknowledge the sovereignty of the L‑rd over him and his people. He cannot make compromises; he cannot strike bargains. He must submit totally!

"And I shall be glorified through [the defeat of] Pharaoh and his army and Egypt shall know that I am the L‑rd." [Exodus 14.4] Only the total defeat of the wicked can raise and honor the name of the L‑rd, says the biblical commentator Rashi. This is why there will be no compromise with Pharaoh. He must totally submit, he must totally surrender.

And even when he apparently does this, after the plague of the first born, when he runs to Moses and says: "Get out, take your flocks with you, just leave and ask the L‑rd to bless me!" [Exodus 12.31-32] Moses refuses and in the words of the Mechilta [a collection of rules of interpretation]; "And he called unto Moses and Aaron in the middle of the night and said: get up and leave! Said Moses unto him: No, we have been ordered not to leave our houses until morning. What are we, thieves that we should slink out in the night? No, we will leave only in the morning with an upraised arm before the eyes of all the Egyptians!"

Not one inch of retreat here. The lesson of the L‑rd being the Omnipotent, King of the universe must be seen and acknowledged.

The lesson is an eternal one and must be learned in our time, too. The question of peace in the Middle East is a question of the Arabs and the world acknowledging the total sovereignty of the Almighty. There can be no compromise on this. It is only a peace that comes with Arabs submitting to the yoke of the heavenly kingdom that will be a permanent one and the Jew who gives up part of his land as a compromise violates the entire purpose of the rise of the Jewish State and the demand of the Almighty that the nations acknowledge Him as King. There can be no retreat from land because that is in essence a retreat also from the Kingship of the L‑rd.

[This commentary, written by Rabbi Meir Kahane, originally appeared in Kahane, Magazine of the Authentic Jewish Idea, Shavat 5737/February 1977. Barbara Ginsberg maintains a weekly mailing list of the writings of Rabbi Kahane. If you would like to receive these weekly mailings, you can join the list by contacting her.—ed]