The Outrageously High Fundraising and Compensation Costs of the IFCJ 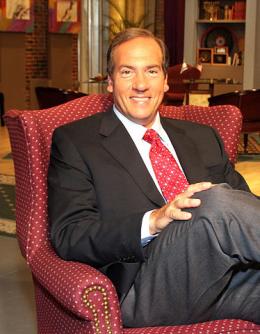 Rabbi Yechiel Eckstein, IFCJ founder and President
It's getting that time of the year when many people give donations in the name of others as gifts. Other people are beginning to look for places to give money to help others as well as to help ease their tax burden. Unfortunately, many people generally only look at the cause involved and don't bother to look beyond that at the information provided by the organization itself as to how the money is spent and how that relates to others in the same subject area. It's hard to tell these days as there are many organizations — especially ones involved with Israel and the Jewish people. It seems a new organization is started every time something happens in or to Israel and/or the Jewish people. Whether that is good or bad is a subject for another discussion. What I want to talk about here is one organization in particular.

I recently received information from an organization called Ministry Watch[1] regarding the funding and financing of the International Fellowship of Christians and Jews (IFCJ). Their report is quite illuminating:

Many have no doubt seen the rather frequent and emotion-laden advertisements on Fox News asking for your donations to help struggling Jewish people around the world. The ads come from the International Fellowship of Christians and Jews (IFCJ) founded and run by Rabbi Yechiel Eckstein. Recent ads have featured what the ministry claimed were elderly holocaust survivors in the former Soviet Union and poor Jewish people in Israel. Rabbi Eckstein is said to now have a database of over 1 million Christians who donate to his ministry, so it is clear the ads are effective in stimulating well-intentioned people to donate their money. In the most recent year, the ministry raised over $113 million dollars and millions were indeed spent meeting the needs of Jews around the world. Unfortunately, television advertising is quite expensive, which is why few ministries utilize it. Using the ministry's audited financial statements [requires free registration], MinistryWatch.com calculates the ministry's fundraising costs amount to 14% of its revenues, almost three times the level of the average ministry in our database (see also the 2012 Form 990

). Generally Accepted Accounting Principles (GAAP), however, allow non-profits considerable leeway in how they handle fundraising expenses. Some observers put IFCJ's fundraising costs at as high as 39% after adjusting the accounting information to more realistically reflect the ministry's actual fundraising costs. This is an absurd amount of money being spent on fundraising and donors should be aware that so much of their gifts are being diverted from helping suffering Jews to instead raise more money for IFCJ. (In addition, the organization spends more than $1 million per year on lobbying efforts.)

Given IFCJ's $116 million in annual revenues, almost all coming from small donors, it is clear that many kind-hearted Christians will respond to emotional appeals for funds believing their hard-earned money will be going mostly to good works. Unfortunately, Rabbi Eckstein's stewardship of IFCJ leaves much to be desired ad over 1 million donors to IFCJ are currently being duped. Passionate pleas for help must be measured against a rational understanding of the full picture of any ministry's activities. This is where MinstryWatch.com can help donors who wonder whether they should respond to such approaches that leave out important information, like the exorbitant compensation paid from donor's donations and the massive amounts spent on TV advertising and other methods of raising funds.

Charity Navigator, an independent charity watchdog, ranks Rabbi Eckstein's compensation package fifth in the top 25 compensation packages of major charities, making it higher than the head of organizations such as the United Way Worldwide, the National Rifle Association (NRA), the United States Olympic Committee, the American Heart Association, and the American Cancer Society. According to the National Center for Charitable Statistics, a national repository of data on the nonprofit sector in the United States, "while the median income of nonprofit CEOs is $81,000, some of the highest-paid CEOs in nonprofit organizations make well over $600,000". That is less than half of Rabbi Eckstein's total compensation in 2012. A recent article in Charisma magazine states [emphasis is mine]:

"As the head of a nonprofit that is almost entirely supported by donations, what makes Yechiel Eckstein's compensation noteworthy is its proportion to his organization's overall income compared to other ministries. While the salary and benefit package of the head of the International Fellowship of Christians and Jews (ICFJ) is at least five times higher than any other leader of an Israel-related ministry, clocking in at $1.2 million, Eckstein's compensation is more than double what the president of World Vision—a ministry with a budget 10 times larger—earns."

Over the years I personally have inquired regarding the organization's stance on the creation of a "Palestinian" state located on the biblical land of Judah and Samaria. The only response I have ever received was a curt "We don't get involved in the politics of Israel". I find it hard to understand how an organization can purport to collect money for a people whose homeland is in danger of being lost to terrorists who have sworn to wipe every Jew off the face of the earth and not be concerned with its very state of existence. While I do understand that many of the Jews they collect money for do not care for the Land of Israel, this is an organization run by a Rabbi, whose website states that Eckstein "has devoted more than 35 years to building bridges of understanding between Christians and Jews and broad support for the State of Israel." It's a bit hard to claim to provide support for the State of Israel and then not care whether its biblical heartland is given to its sworn enemies, especially from a rabbi who lives in Jerusalem — a city which the nations of the world are demanding Israel give to the Arabs for the capital of their new state.

I am not vouching for Ministry Watch, nor do I have any connection with the organization, its related organizations, or any of the other charity watchdogs. And I certainly do not tell people where they should be making their donations. That is a matter between them and the Lord. However, I do believe you are entitled to know this type of information before you make that donation. In the end it's up to you to check the facts for yourself. The International Fellowship of Christians and Jews is a 501(c)(3) tax-exempt, non-profit organization. Because of this, their financial information is available to the general public by request (it can also be found using the links above). The problem is that many people only look at the cause involved and don't look beyond the information put forward by the organization itself. Part of the task of handling the money given to us by Yahweh is to make sure it is used properly and for the right purpose.

As a suggestion, if you are interested in making a donation to support Israel and the Jewish people and need some help finding where to give, I have listed quite a few organizations on the Emet News Site website. I am in no way connected to any of those organizations listed nor do I receive compensation from them, not even for referrals. (If you have problems with any of these organizations, please be sure to contact me right away.)

Inclusion of any links above does not constitute any agreement or disagreement with the site listed.

1 Ministry Watch, according to its website, "is an independent donor advocate facilitating the information needs of donors. It provides information on organizations alleging to be charitable and its key leadership in order to identify materially misleading behavior, or wasteful spending practices, as well as identifying those operations that are above board and running efficiently. The objective is to limit consequences of scams and prevention of fraudulent activity, promote better allocations of giving, encourage intelligent questions of organizational structure, financial health, and advance the idea of organizational transparency and best practices." There are also other charity watchdogs than can also be checked before making any charitable donations.