It's a Shmita Miracle! 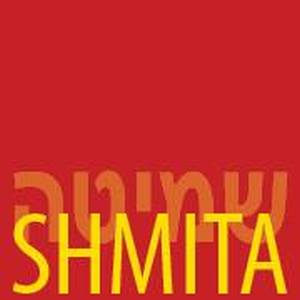 A few months ago I posted a commentary to this blog titled "The Sin of Heter Mechira", regarding the finagling of Yahweh's commandments by some farmers regarding the Sabbath year in Israel. Well, it seems that a miracle may have happened in regards to this. The article below recently appeared in The Jerusalem Post.

I In what some potato farmers in the Negev are taking as a sign from God, the recent frost that ravaged produce across the nation selectively passed over some crops, as if guided, they say, by a divine hand.

Potatoes planted in the Negev before the beginning of the shmita (sabbatical) year, in accordance with the biblical prohibition against plowing, sowing and many other field chores [Leviticus 25.1-7], were spared the damages caused by sharp drops in temperature last week.

In contrast, potatoes that were planted during the shmita year — which began at nightfall on September 13, the first day of the Jewish year of 5768 — were decimated.

Farmers who planted during the shmita year relied on a contested halachic leniency called "heter mechira", or "permitted sale," under which Jewish-owned land is temporarily sold to a non-Jew for the duration of the shmita year. This "sale" abrogates the holiness of the land and exempts farmers from adhering to the laws proscribing field work.

Yechi Rab, a religious potato grower who was evacuated from Atzmona in the Gaza Strip as part of the Disengagement Plan, was one of those farmers hit by the frost.

"I'd say about 20 percent of our crop was destroyed by the frost. That's about 12,000 tons of potatoes," said Rab, who belongs to a collective of farmers, all from Atzmona, who were relocated in the Negev. "Farmers who planted before the shmita year did not sustain any damage."

Rab laughed when asked if he thought the damage was a type of divine retribution, saying, "I do not claim to know the workings of God."

Rab said that he has to rely on heter mechira because he is an exporter. (There is a halachic prohibition against exporting fruits and vegetables that grow in Jewish-owned land during the shmita year.)

Agronomist Motti Shomron, who works with Otzar Ha'aretz, a kosher supervision outfit that encourages Jewish farmers to adhere to the strictures of the shmita year, called the incident a miracle.

Shomron explained that the frost did not affect farmers who planted early because the potato bulbs managed to grow big enough and strong enough before the cold weather hit.

Rabbi Yehuda Amichai, head of Otzar Ha'aretz, said that while the incident seemed to prove that God was pleased with farmers who planted before the shmita year, one should not look to signs from God for proof that one has found favor.

"The exact opposite could have happened," said Amichai, who recently lost his son Amikam in a terrorist attack near Hevron. "Farmers who planted early could have sustained more damage. Either way, our faith is unshaken."