What Is So Important About Jerusalem? 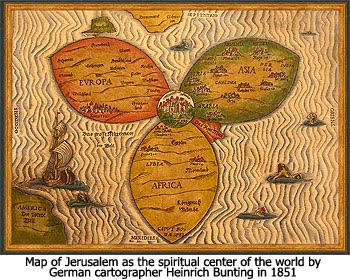 In 586 bce, on 9 Av, Nebuchadnezzar king of Babylon destroyed the city of Jerusalem and the First Temple. Two thousand five hundred fifty-three years later, on June 7, 1967 (28 Iyar 5727), during the Six-Day War, Israel regained control of biblical east Jerusalem, including the Temple Mount. Israel, for the first time in more than 2,500 years, was in complete control of the entire city. Within a few days, Defense Minister Moshe Dayan gave control of the Temple Mount back to the Moslems, while maintaining Israeli sovereignty over it. Thirteen years later, Israel adopted its "Basic Law: Jerusalem", declaring, "Jerusalem, complete and united, is the capital of Israel".

If the above had happened in any other nation, it wouldn't have garnered much attention from the rest of the world. But it didn't happen in just any other nation. It happened in the nation of Israel. Because of this, the entire world is in an uproar.

On November 29, 1947 — six months before the declaration of the State of Israel — the United Nations passed Resolution 181 (II). One of the main points of this resolution was the establishment of Jerusalem as a "corpus separatum" ("body of separate covenant"). This means, basically, that the UN separated the city of Jerusalem from the rest of the world and created a separate covenant for it. This has never been done before in all of history. In 1950 the UN adopted the "Statute for the City of Jerusalem" setting forth the regulations for the administration of the city of Jerusalem by the United Nations. It would be an international city; it would not be linked to, or controlled by, any nation or government except the United Nations.

Why would the world be so concerned with an ancient city like Jerusalem? It is located approximately 27 miles inland from the coast. It has no natural resources. Most of it is built upon the ruins of previous structures. What makes it so important that the United Nations would set it apart from any other city or nation in the entire world?

The interesting aspect is that Jerusalem has never been important to the nations unless it was important to Israel. When Israel started to return to the Land in large numbers during the late 1800's, the nations began to stir. It was just a little more than 50 years later that the UN adopted its "Statute for the City of Jerusalem".

The importance of Jerusalem lies in its spiritual aspect, not its physical makeup. It is a city that lives and responds to the Holy One of Israel. God declares to Ezekiel how He had mercy on Jerusalem, how He blessed her and made a covenant with her (Ezekiel 16.6-14). Jeremiah laments of her misery and suffering after God judged her (Lamentations 1.1-22). Yet God declared that He will not forget Jerusalem; He will establish an everlasting covenant with her (Ezekiel 16.60-63). Jerusalem is the center of the earth, according to Yahweh (Ezekiel 5.5). Its very existence continually proves that there is a God and that He will judge every man and hold him accountable for his deeds.

God has declared that Jerusalem is the place from which He will reign: "At that time, they shall call Jerusalem 'Throne of Yahweh'"" (Jeremiah 3.17a). Yahweh said He was "very jealous for Jerusalem" (Zechariah 1.14). Many of the prophets spoke of Yahweh's return to Jerusalem: "'I graciously return to Jerusalem. My House shall be built in her'—declares the Lord of Hosts" (Zechariah 1.16a; see also Zechariah 2.12; 8.3). More than 4,000 years ago Abraham understood the importance of the city when he declared concerning Mount Moriah, in the midst of Jerusalem, "On the mount of Yahweh there is vision." (Genesis 22.14).

Jerusalem is important to Yahweh, the Mighty One of Israel. It's the place that He has chosen to dwell in the midst of His creation. It is also the place where He will judge the nations.

Does this scenario sound familiar? It should. It is happening in our very day. Today, literally all of the nations of the world are gathering against Israel. The line has been drawn in the sand. It is the people of the God of Israel standing against all the nations of the world. Whose side will you be on? This is not the time to be straddling the fence. Now is the time to make a stand. Pray for the peace of Jerusalem, for through her peace will come the peace of the world. Enter into the battle, and stand and see the salvation of Yahweh.