Is the Tithe Still Applicable Today? 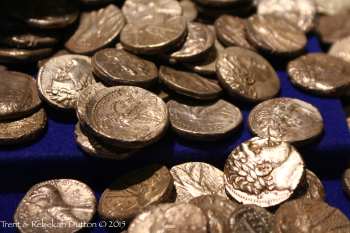 In these last days many long-held religious practices are being revealed for what they are: traditions established by man through the twisting of the Scriptures, either by "spiritualizing" the passage, replacing the person or persons the passage was originally intended for, or changing its original meaning altogether. Many times these practices are found to be of pagan origin, which, after having been embraced by the religious authority (e.g., rabbi, pastor) are accepted without question by the religious body at large.

Unfortunately, many people have the misconception that because something has been written, taught, or practiced for centuries, or even decades, it must be biblically correct. Yet nothing could be further from the truth. Time does not necessarily prove the validity of something. Therefore, it's important to research these writings, teachings, practices, and beliefs to determine their origin and whether they actually do have a scriptural basis. It's time to see what the Scriptures really say, placing them in their original Hebraic setting.

One of the practices that has been called into question is tithing. We need to determine if this practice is biblical or if it was created by man. The subject of tithing has become for many people a heavy burden. In some cases they are pressured to tithe, whether they can afford it or not. Over the years I have seen too many people agonize over this situation. It's not that these people don't want to give; most of them enjoy giving to help others. But in many cases there can be a distinct difference between tithing and giving. While the literal definition of tithing is 10% of something (and many people strictly adhere to this definition), the level of giving is left up to the individual. In many religious organizations tithing is a requirement to maintain membership. In others, the practice of tithing, although put forth as voluntary, carries a certain degree of unspoken expectation. It is in the latter situation that an individual may feel a burden of guilt when they have not given a full 10%, even if they are not able to afford it. So the question arises as to what Yahweh expects from an individual in relation to giving. If tithing is a biblical, God-ordained practice why then does it place such a heavy weight on many people and cause so much confusion and grief? In this article we'll examine the Scriptures in order to gain a better understanding of the practice of tithing and what Yahweh expects from each individual.

Before we begin let me state up front that I am not opposed to the giving of an offering or a gift. That is something between Yahweh and each individual. In this article I am only addressing the topic of the tithe itself as it is put forth within the Scriptures and the biblical application of it. Whatever you give is between you and Yahweh.

What Is a Tithe?

The Hebrew word for tithe is masser (מעשׂר), which means "a tenth part." In English it's sometimes translated loosely to mean more or less than 10%. The concept of tithing is practiced today by Jews, Christians, and other religions, as well as agnostics and atheists (though I doubt they are concerned about what the Scriptures say on the subject).

The First Mention of the Tithe in Scripture

"'And blessed be God Most High, who has delivered your foes into your hand.' And Abram gave him a tenth of everything."

This passage is taken from the account of Abram's meeting with two kings following his battle against Chedorlaomer and the kings that were with him (Genesis 14.16). Bera, the king of Sodom, came out to meet Abram in the Valley of Shaveh. Melchzedek, the king of Salem, joined them, bringing with him bread and wine. Abram gave Melchizedek a tithe ("a tenth part") from the spoils of the war he had just fought, and the balance he gave to the king of Sodom (minus that which his men had eaten and that which belonged to the men who went with him [v.14.22-24]). Note that none of these goods were Abram's; they were all spoils of war as far as he was concerned.

That's all there was to it. Nothing else. As far as the tithe is concerned, that's all that happened. There is nothing prior to this encounter that gives us any information as to Yahweh ever having commanded Abram to give Him (or anybody else) a tithe of his possessions. The tithe which Abram gave in this instance was merely a custom among nations of the ancient Middle East. Clearly, there was no command from Yahweh.

After deceiving his father to obtain Esau's inheritance, Jacob encountered Yahweh at Bethel (Genesis 28.10-22). Yahweh had already chosen Jacob for His purpose (Genesis 25.21-23), so when He spoke to Jacob at Bethel and told him that "the ground on which you are lying I will assign to you and to your offspring" (Genesis 28:13), Jacob did not need to make any deals with Him. Yahweh was only confirming the covenant He had previously made with Abraham (Genesis 15.12-18) and Isaac (Genesis 26.2-5). There were no conditions on what Yahweh told Jacob; He said He would bring Jacob back to that land and give it to his descendants. However, Jacob, being who he was, proceeded to make a deal with Yahweh. He told Him that if He would be with him and keep him on this journey (which Yahweh had already promised to do the night before [Genesis 28.13-15]), then Yahweh would be his God and he (Jacob) would give Him a tithe. Notice that the tithe was Jacob's idea, not Yahweh's. Once again we return to the custom among nations of the ancient Middle East.

After Yahweh had delivered Israel from Egypt and brought them into the wilderness He commanded them to give Him a tithe of their crops. This tithe is first mentioned in Leviticus 27:30:

"All tithes from the land, whether seed from the ground or fruit from the tree, are Yahweh's; they are holy to Yahweh."

However, the person who makes the tithe can redeem it by adding to it one-fifth of its value (Leviticus 27.31). (Try doing that today and see what happens.) Note that here the tithe is from the land; either from the seed of the ground, or from the fruit of the tree. Yahweh did not say to bring money.

The Purpose of the Tithe

Yahweh clearly stated the purpose of the tithe:

"And to the Levites I hereby give all the tithes in Israel as their share in return for the services that they perform, the services of the Tent of Meeting." (Numbers 18:21,24-28).

The tithe is to provide for the priests for their services to Yahweh because they have no territorial share in the Land of Israel; they have their portion in Yahweh (Numbers 18.19-20,23). All the priests are of the tribe of Levite, as chosen by Yahweh. They minister in the Temple, each according to their ancestral house (Numbers 3.5-4-49). Additional tithes are also to be used in the biblical feasts (Deuteronomy 14.22-27) and for the alien, the orphan, and the widow (Deuteronomy 14.28-29; 26.12).

The Tithe for Today

So by now we should have an understanding of the biblical definition of the tithe. But how would the tithe apply today? What would it be used for? Since the Temple has not yet been rebuilt in Jerusalem there is no place for the priests to minister. This would also prevent the use of the tithes in the celebration of Yahweh's feasts. So, according to the Scriptures, that leaves the alien, the orphan, and the widow. Aside from being a different tithe, that Scripture passage applies to those who are actually in the land of Israel, i.e., "and the stranger [sojourners in the land], the fatherless, and the widow in your settlements" (Deuteronomy 14.28-29).

So is the tithe no longer applicable? (Remember, we're talking about the tithe here, not giving in general.) Scripturally, we can see that, yes, that is the case until the Temple in Jerusalem is rebuilt. With that in mind, it's important to realize that the tithe was never meant to provide support for rabbis, pastors, cantors, music ministers, traveling clergy, or to build local assembly buildings or other buildings of the sort.

The tithe doesn't apply at this time because there is nothing in the Tanakh to substantiate anything otherwise. The sole reason for giving the tithe to the priests who ministered in the Temple in Jerusalem was because they did not have any other means of support. They did not own land on which to grow crops so Yahweh took care of them in this way. Since they ministered to the Lord on behalf of all of Israel, it was only fitting that Israel should help to care for them. However, there is no full-time "priesthood" mentioned in the Tanakh outside of those who minister in the Temple.

A popular Scripture that's often used to condemn people to tithe is Malachi 3.8-12:

The Temple had been rebuilt by the time Yahweh spoke this passage. Yet, the Israelites were already back to their old ways. They were ignoring Yahweh and His commandments. They were not trusting Him to provide for them. Yahweh wanted to show Israel what He would do, not just tell them. This was a particular instance at a specific time. Yahweh was speaking of Israel bringing the tithe to the actual Temple in Jerusalem, not to some other building in a far away city in some foreign land. These passages can't be spiritualized to mean something other than what was originally intended. They must be taken in their original context, including the original intent of the tithe.

Should We Then Give?

Yahweh always encourages giving. It's seen throughout the Scriptures. Those who have much should help those who don't have much.

The problem in giving relates to the condition of the heart. Many people give money to get something in return, and many other people ask others to give so that they themselves will get the money. But that is a topic for another time.

By now it should be clear that tithing, aside from what is commanded in the Torah, is not scriptural. We are free to give as we are able, and to wherever we feel it's needed. (Even if it's 10% it's important to realize that it's not the tithe as commanded in the Scriptures.) But no one should be in bondage to give money for unscriptural things, such as paying to build or rent a new building, or to hire a full-time staff, or even one person. Giving for those reasons is a matter of choice; but it has nothing to do with the tithe as stated in Scripture. Yahweh doesn't make things hard and He doesn't put people in bondage. If you feel forced to "give" money (or anything, for that matter), by the twisting of Scripture, you can be sure it's not of the Lord. Yahweh does not put people in bondage.