The Soul and Death: Part One 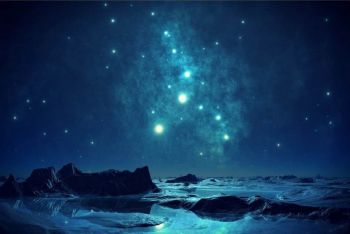 Many people believe the process of dying follows a basic procedure which goes something like this:

You die, your soul leaves your body and goes to either heaven or hell, with perhaps a stop in between, depending on your religious beliefs. Meanwhile, your physical body returns to dust.

Please note: This series of articles discusses very sensitive yet important subjects. The purpose here is to understand what the Scriptures themselves say about the soul and death without unscriptural influences getting in the way. As you read, prayerfully scrutinize each Scripture passage for your own insight and understanding.

"And of all that lives, of all flesh, you shall take two of each into the ark to keep alive with you; they shall be male and female. From birds of every kind, cattle of every kind, every kind of creeping thing on earth, two of each shall come to you to stay alive." (Genesis 6.19-20)

So two is the answer ... if you stop there. But let's go a bit further and see what else Yahweh says:

"Of every clean animal you shall take seven pairs, males and their mates, and of every animal that is not clean, two, a male and its mate; of the birds of the sky also, seven pairs, male and female, to keep seed alive upon all the earth." (Genesis 7.2-3).

When we read a bit further, we see that, after emerging from the ark, Noah made a sacrifice to Yahweh:

"Then Noah built an altar to Yahweh and, taking of every clean animal and of every clean bird, he offered burnt offerings on the altar." (Genesis 8.20).

Now we can begin to understand the need for seven pairs of clean animals. If there were only two of each clean animal, Noah would have wiped out all the clean animals from the face of the earth with his sacrifice. So it's easy to see that many times, though we think we are carefully reading the Scriptures, we are, in fact, unconsciously reading into them what we have learned in the past (or perhaps what we want them to say). Understanding the original language of the text can also be very enlightening.

Reading What the Scriptures Really Say

It's only when we carefully read the Scriptures that we can begin to understand what was actually written without someone else's interpretation (i.e., the particular version we are reading). By taking the time to investigate the true meaning of the Hebrew words in their cultural context we can realize the original intent of the writer. It's very enlightening — as well as sometimes alarming — how much we think we know of the Scriptures compared to what the Hebrew actually says.

Problems arise when a 'traditional' position is accepted in place of a different one established in the Scriptures. This has been a stumbling block for many people down through the ages — "believers" and skeptics alike (who often use it to challenge the creditability and validity of Yahweh and the Scriptures). Just because something has been taught for decades, centuries, or even millennia does not necessarily mean it is true.

So then — back to our original topic — what is the truth about the soul and death? We'll begin our study with the soul.

What is a Soul?

"Yahweh, the Mighty One, formed man from the dust of the earth. He blew into his nostrils the breath of life and man became a living being" (Genesis 2.7).

According to this passage a soul is made up of dust from the earth and the breath of Yahweh. Very simple. But let's look at this in more depth.

The Hebrew word translated here as "being" is nephesh - נֶפֶשׁ (Strong's[1] #5315 / AHLB[2] #2424) The AHLB defines nephesh as "Soul: The whole of a person, the body, breath, and mind" (see also Genesis 6.3). The word appears many times with chayah (חָיָה, meaning "living"), i.e., "living soul" נֶפֶשׁ חָיָה. The KJV, ERV, WEB, and ASV translate nephesh chayah as a "living soul". This passage clearly shows that man, from a Hebraic point of view, is a soul, in contrast to the Greek teaching that man has a soul. (So, if you want to take a picture of a 'soul' just take a selfie.)

Surprisingly, it's non-Scriptural writings, such as Dante's The Divine Comedy and Milton's Paradise Lost, that are the foundation of a large amount of traditional teachings about hell and judgment. Dante’s vision of hell is not based that much on the Hebrew or Christian Scriptures but on a variety of sources including Greek and Roman philosophy, Medieval morality plays, and the Quran. The type of graphic depiction by both Dante and Milton has been encouraged by the Church, and accepted as fact by the average person, for almost 1,800 years and has been used in order to gain power and control over the people of the congregations.

The Breath of Life

It is the breath (neshamah - נְשָׁמָה, aka "wind", "spirit") from Yahweh that provides the life force within man (Genesis 2.7). The neshamah provides consciousness. It does not contain the consciousness of the entity (man or beast), i.e., it does not, as Greek philosophy teaches, become a conscious, disembodied spirit when the physical entity is dead. Scripture shows that upon the death of the physical being, it returns to Yahweh (Ecclesiastes 12.7).

"Many of those that sleep in the dust of the earth will awake, some to eternal life, others to reproaches, to everlasting abhorrence" (12.2).

It does not speak of "those in heaven" or of "those in hell". When a man dies he is not consciously existing in another location somewhere. Scripture teaches that his physical body is decomposing in the dust of the earth and the breath of life has left him and returned to Yahweh. The "essence" portion has descended to Sheol, "What man can live and not see death, can save himself from the clutches of Sheol?" (Psalms 89.49) (We'll discuss Sheol in detail later.) There is no consciousness, as such. It's rather like when you go to sleep you know nothing of what has happened until you wake up — in this case, resurrected.

So we can conclude that man does not have a soul, rather he is a soul, until his physical death. The soul, e.g., the living man, is comprised of two things: dust from the ground and the breath of Yahweh.

While most people think only humans have a soul, the Scriptures state that animals (e.g., fish, birds, cattle, creeping things that creep on the earth) are also living souls (e.g., Genesis 1.20, Genesis 1.21, Genesis 1.24, Genesis 1.30). And even though there are differences between man and animals — man being made in the image of Yahweh (Genesis 1.27), they share the same end when it comes to death. The writer of Ecclesiastes states that at death man and beast "go to the same place" (Ecclesiastes 3.19-20). The psalmist also states that man, like the animals, will perish (Psalms 49.13,21).

Is the Soul Immortal?

As we know, Adam and Eve disobeyed Yahweh and ate of the Tree of Knowledge of Good and Bad. However, they didn't physically die, at least not immediately. In fact, Adam continued to live for a total of 930 years. So is there a conflict in the Scriptures here? No, not at all. When Yahweh said Adam and Eve would die He was speaking of what would happen after their physical death.

First of all, we must remember what we learned earlier: we do not have a soul; we are a soul. So if you — made up of the breath of life from Yahweh and dust from the ground — are a soul then you can see that you are not immortal.

Would you be surprised to learn that the Hebrew Scriptures do not contain the word "immortal"? The Hebrew Scriptures do not teach a separate existence for — what, for our purposes, we will call our "essence" — after it has left the body; that is, it does not teach that man (i.e., a soul) can maintain a conscious existence separated from his body. The teaching of the dualism of the body and soul (i.e., that man, a physical being, has a soul) has its roots in the Greek belief in immortality of the soul. It's known as the 'Doctrine of the Immortal Soul'.

That teaching states that the 'immortal soul' leaves the physical world at the death of the body to enter a different world where it will live on for eternity. Many Hellenistic teachers taught that the 'soul' was pre-existing. The body was (and still is for many people) seen as a type of prison from which the 'soul' is liberated at death. However, there is nothing in Scripture that even comes close to that description or definition.

"The immortality of man was one of the foundational creeds of the philosophical religion of Platonism that was in part adopted by the Christian church" (Werner Jaeger, "The Greek ideas of immortality", Harvard Theological Review, Volume LII, July 1959, Number 3).

"The belief that the soul continues its existence after the dissolution of the body is ... nowhere expressly taught in Holy Scripture .... The belief in the immortality of the soul came to the Jews from contact with Greek thought and chiefly through the philosophy of Plato its principal exponent, who was led to it through Orphic and Eleusinian mysteries in which Babylonian and Egyptian views were strangely blended." (The Jewish Encyclopedia)

Plato's teaching, along with other things such as power struggles within the synagogue and church, not knowing how to translate the Scriptures from Hebrew to English, and the willingness of people to accept traditions and teachings without question, has led to much of this misunderstanding.

The fact is that part of you — your "essence" — that continues on until the time described in Daniel 12.2, is never stated or implied as being immortal; it can be destroyed:

We will look at the final disposition of this "essence" later in this series.