Israel's Right to the Land 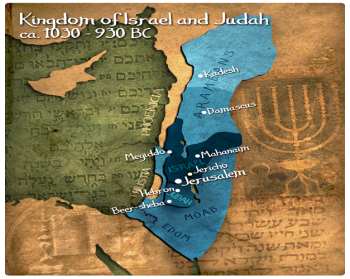 There are wars ("international conflicts") being waged all over the world today. The number varies according to the source and its definition of "war" and "conflict". The type of "conflicts" range from terrorist organizations fighting against sovereign governments to nations warring against nations to spiritual battles being waged around the globe. Yet in all of this the war in Israel seems to threaten the world the most.

Understanding of the situation in Israel is convoluted because of many different beliefs and attitudes regarding, among other things, peace and freedom. Misunderstandings regarding the reasons for the fighting abound, even among followers of the God of Israel. The agendas — hidden and otherwise — of many of the key players are also involved. In its simplest terms, the "conflict" in Israel is being waged by those who are fighting (whether intentionally or not) against the God of Israel, the Creator of the universe. It's a battle, for the most part, between those of faith who believe the promises Yahweh made to Abraham, Isaac, and Jacob and those who, for whatever reasons, would prefer that Israel (i.e., the Jews) did not live on the land bordered by the Nile and Euphrates Rivers and the Mediterranean Sea and the wilderness of Jordan. The faithful in Israel are obeying a direct commandment from Yahweh ("inhabit the land"). Those, on the other hand, who are fighting against Yahweh (whether intentionally or not) are trying to remove the Jewish people from the land given to them by Yahweh. When looked at from a spiritual viewpoint, it's easy to see the reason for wanting Jews out of the land of Israel. The existence of the Jewish people in the land of Israel, after 2,000 years of dispersion, proves beyond a doubt that the God of Israel does exist, that man will one day have to give an account of his deeds before Him, and that man's autonomous reign on this earth is soon coming to an end.

We could look at the historical aspect of the situation and try to decide if Israel actually does has a right to live in the land or if it really does belong to the 'Palestinians'. However, that's exactly what is happening now and the facts are easily distorted when mingled with bold lies. Many people ask, "Whose history do we believe, the Israelis or the 'Palestinians'?" Nazi propagandist Joseph Goebbels' statement, "If you tell a lie big enough and keep repeating it people will eventually come to believe it", has certainly come to life in the current situation. The question then becomes whose statements do we believe? There can only be one truth for those who worship the God of Israel: the words of Yahweh Himself. But what exactly did Yahweh say regarding Israel? Does it still hold true today, even after Israel's dispersion from the land 2,000 years ago? Does Yahweh want to divide the land of Israel and give a portion of it to the 'Palestinians' — or anybody else — besides the Jewish people? The answers, fortunately, are found in the Scriptures — Yahweh's written truth.

Approximately 4,000 years ago Yahweh made a covenant with Abraham to give him and his descendants the land of Canaan, located "from the river of Egypt as far as the great river, the river Euphrates" (Genesis 15:18). He restated this covenant to Isaac (Genesis 26.2-5) and then to Jacob (Genesis 28.13; 35.12). Yahweh eventually made this same covenant with the entire house of Israel, as a nation:

"For My messenger will go before you and bring you in to the land of the Amorites, the Hittites, the Perizzites, the Canaanites, the Hivites and the Jebusites; and I will completely destroy them.... And I will fix your boundary from the Red Sea to the sea of the Philistines, and from the wilderness to the River Euphrates; for I will deliver the inhabitants of the land into your hand, and you will drive them out before you." (Exodus 23.23,31).

Yahweh also declared that Israel would be His "own possession among all the peoples". This requires Israel to "obey My [Yahweh's] voice and keep My [Yahweh's] covenant" (Exodus 19:5). Because of this, many people mistakenly believe that, because Israel disobeyed Yahweh, He removed them from the land permanently. They say that Israel no longer has a valid claim to the land, according to Yahweh's word. Some even go so far as to say that Yahweh has cast off His people permanently. However, Scripture does not bear this out. In fact, it states just the opposite.

Yahweh specifically told Israel what would happen if they obeyed Him, and the resulting punishment if they failed to obey Him (i.e., "the blessings and the curses"). The details are given in Leviticus 26 and Deuteronomy 28. The ultimate penalty for continuing to disobey Yahweh was removal from the land of promise (Leviticus 26.33). Yet, there was always the promise of restoration: "Yet in spite of this, when they are in the land of their enemies, I will not reject them, nor will I so abhor them as to destroy them, breaking My covenant with them; for I am Yahweh their God" (Leviticus 26:44; see also Jeremiah 31.35-37; Lamentations 4.22; Micah 7.18-20). Yahweh declared that He would never utterly abandon the Jewish people: "'Yet even in those days', declares Yahweh, 'I will not make you a complete destruction'" (Jeremiah 5:18; see also Amos 9.8). Yahweh, instead, promised that a remnant of Israel would return to the land that He promised to Abraham, Isaac, and Jacob (Isaiah 11.11-14; 43.5-6; Zephaniah 3.14-20). Notice that Yahweh is speaking of Israel — the Jewish people — returning to the land, not some other vessel.

Dividing the Land of Israel

Let's return to one of our original questions: "Does Yahweh want to divide the land of Israel and give a portion of it to the 'Palestinians' — or anybody else — besides the Jewish people?" In addition to the Scriptures listed above, there are many more detailing Yahweh's promise of the restoration of the Jewish people to the land of Israel. Is it possible then that Yahweh would want to share His land with other nations? Yahweh is very concerned about His land. He is also concerned for His holy city Jerusalem. Yahweh spoke of the judgment against the nations for dividing His land:

"I will gather all the nations, and bring them down to the valley of Jehoshaphat. Then I will enter into judgment with them there on behalf of My people and My inheritance, Israel, whom they have scattered among the nations; and they have divided up My land" (Joel 3:2).

Many individuals and organizations approve of the idea of the creation of a 'Palestinian' state as long as it's not headed by a terrorist organization. They claim that the 'Palestinian people' need a place to live also. While we could argue the actual existence of a 'Palestinian people', we need to look back at the Scriptures for the correct Biblical position. Yahweh commanded Israel 3,500 years ago to remove the pagan nations from the land of Israel and dwell in it. He has never changed nor lifted that command. Many in Israel are asking that the 'Palestinians' leave peacefully. There are plenty of places for them to go. Whatever they do, it's not Israel's responsibility to provide a place for them to live. Yahweh commanded Israel to remove the enemy from their midst. Those who wish to live in peace in the midst of Israel are free to do so. Yahweh always made a provision for the sojourner.

The issue then of whether to divide Israel becomes clear. The land bordered by the Nile and Euphrates Rivers and the Mediterranean Sea and the wilderness of Jordan belongs to Yahweh, who, in turn, gave it to the Jewish people for an eternal possession. It cannot be shared nor given away. Yahweh gave Israel a clear command regarding making covenants with their enemies: "and when Yahweh your God shall deliver them before you, and you shall defeat them, then you shall utterly destroy them. You shall make no covenant with them and show no favor to them" (Deuteronomy 7:2).

The basic answer to Israel's problem with the 'Palestinians' — and the nations of the world — is to trust Yahweh not man. It is Yahweh alone that Israel must fear, not man: "In God I have put my trust, I shall not be afraid. What can man do to me?" (Psalm 56:11).

"For Zion's sake I will not keep silent, and for Jerusalem's sake I will not keep quiet, until her righteousness goes forth like brightness, and her salvation like a torch that is burning.... On your walls, O Jerusalem, I have appointed watchmen; all day and all night they will never keep silent. You who remind the Lord, take no rest for yourselves; and give Him no rest until He establishes and makes Jerusalem a praise in the earth." (Isaiah 62:1,6-7).