Is Yahweh A Humanist or Does He Hold Us Accountable? 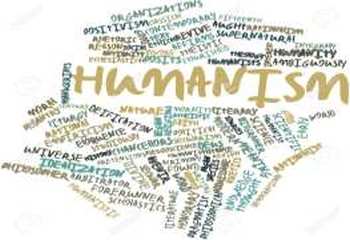 Humanism is the underlying philosophy of the world today. It is the focus of most programs, events, community outreach, and laws. But is it Biblical? Is Yahweh a humanist?

Let's first look at the definition of humanism.

Humanism: {noun}: 1. A system of thought that centers on humans and their values, capacities, and worth. 2. Concern with the interests, needs, and welfare of humans ... 5. A cultural and intellectual movement of the Renaissance that emphasized secular concerns as a result of the rediscovery and study of the literature, art, and civilization of ancient Greece and Rome. [The American Heritage Dictionary, Fourth edition, 2000]

Humanism: a doctrine, attitude, or way of life centered on human interests or values; especially: a philosophy that usually rejects supernaturalism and stresses an individual's dignity and worth and capacity for self-realization through reason. [Merriam-Webster Collegiate Dictionary, 2001]

The Value of A Man

These two definitions reveal quite a bit about humanism. First, we see that it is "centered on humans and their values, capacities, and worth." Is this what the Scriptures teach regarding those who follow Yahweh? Self-preservation is a thing of the world.

As to the part of the definition of humanism that "centers on humans and their values, capacities, and worth," I believe that we can see that this was Adam's original problem in the garden. Before he sinned, everything Adam did was based on Yahweh's viewpoint. Adam never considered himself or his "value, capacity, and worth." After he sinned, Adam's focus was on what was good for him. His focus was not on Yahweh, but on the mistaken belief that perhaps Yahweh was holding out on him.

The Welfare of Humans

The second part of the definition states the "concern with the interests, needs, and welfare of humans." Is this Biblical? Sure it is. The Torah is full of commands and directions to take care of the orphans, widows, and the needy. But there cannot be ultimate healing until there is deliverance and there cannot be deliverance until Yahweh comes. He alone can bring deliverance. Man cannot do it.

The third part of the definition of humanism states: "a philosophy that usually rejects supernaturalism and stresses an individual's dignity and worth and capacity for self-realization through reason." This statement is a rejection of anything spiritual, i.e., Yahweh Himself. We are designed to operate under the authority of Yahweh; outside of this we do not function well. Adam proved what "self-realization" can do. Humanism deceives the world into thinking that, given enough time, it can redeem itself — make everything right. Contrary to popular belief, we are not getting better. Quite the opposite. So then the rejection of "supernaturalism" is actually a rejection of Yahweh and His Kingdom.

Is Yahweh A Humanist?

If humanism was really that good wouldn't Yahweh be in favor of it? But Scripture does not bear that out. When Israel was moving into the Land for the first time, Yahweh's peace plan was very simple. For those cities that were far off, He said to offer them terms of peace. If they accepted, they would become forced laborers and serve Israel. If they refused, He said to destroy them and take their women, children, animals, and all the spoils of the city. However, of those in the cities of the land they were entering, Yahweh said they were not to "let a soul remain alive" (Deuteronomy 20).

Because many people are involved so deeply in humanism, they have problems with much of Yahweh's actions. He is sometimes referred to as the "bloodthirsty God of the old testament," as if there is a different God now.

Ezekiel describes a great bloodbath coming against the nations (Ezekiel 38-39). In this battle it will take Israel seven months to bury the dead of the nations in order to cleanse the Land.

I have heard people say that those whom Yahweh condemns to death, in the end, will eventually be set free. Again, Scripture does not bear this out. Yahweh stated through Isaiah "Then they shall go forth and look on the corpses of the men who have transgressed against Me. For their worm shall not die, and their fire shall not be quenched; And they shall be an abhorrence to all mankind" (Isaiah 66.24)

The Dangers of Humanism

Humanism allows people to hold up a child from a "third world" country and ask in a condemning manner, "How can you not help her?". The question is phrased to obtain the maximum amount of condemnation against the viewer. Is it wrong to help the little children? No, not at all. However, condemning others into helping is wrong. The ultimate way to help this small child is to help build up the Kingdom of Yahweh. Help build up Hebron and all of Judea and Samaria, help Israel believe the promises made to the fathers.

Humanism blinds the world to the fact that Eretz Israel belongs to the God of Abraham, Isaac, and Jacob and to His people Israel ... and nobody else. It deceives people into believing that the PLO and the Muslims really do want peace and don't want to wipe every Jew off the face of the earth.

I believe that we have seen the true colors of humanism. It's quite appealing to our flesh. It seems good. Some of it is not even really all that bad, in and of itself. Problems arise when it becomes our focus. When we are focusing on doing things to make people feel good, we have taken our eyes off the Kingdom. Contrary to popular belief, Yahweh does not exist just to bless us. If we are looking for blessings, we have our priorities all wrong. The blessings are a side benefit. We must, however, seek His Kingdom. It must be our only goal.