Greek Influence on Translations of the Hebrew Bible 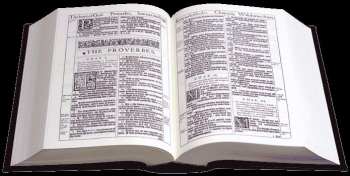 The following article is the result of a survey I had taken which asked the question "What was the Hebrew name of the bread-like substance God gave Israel in the wilderness."

In Exodus 16:15 most translations read "...they said one to another, 'What is it?'" The King James reads "...they said one to another, It is manna..." In the survey most people agreed the Hebrew name of the bread-like substance God gave Israel in the wilderness was 'Manna' with many adding that it means 'What is it'. Some wrote that the Hebrew was Man Na identifying that it was two Hebrew words meaning 'What [is] It'. So, what does the Hebrew of Exodus 16:15 actually say? It says Man Hu which is the Hebrew words meaning 'What is it'. Manna (or Mannah or Man Na) does not occur in this verse, not does it occur in Exodus 16:31 which uses the Hebrew word Man alone. If the word Manna does not occur in the Hebrew Bible, where does it come from? The only place this word is found is in the Greek Septuagint where the Hebrew word Man is written in Greek as Manna.

What I have found really amazing is that while there is a heavy Greek influence on Christian translations, this influence has also entered into Judaism as well. Here is the Jewish Publications Societies (JPS, 1917) translation of Exodus 16:31: "...Israel called the name thereof Manna..." Why is a Jewish translation of the Hebrew Bible using the word found in the Greek Septuagint for the Hebrew word Man? What surprised me through the survey was that the large majority of the Jews who follow Judaism thought the Hebrew word for the bread-like substance was Manna.

Here is the final results of the survey question, "What is the Hebrew name of the bread-like substance God gave Israel in the wilderness."

The pronunciation of the names found in the Hebrew Bible are heavily influenced by the Greek Septuagint, not only in Christianity but in Judaism as well, as seen through Judaism's common use of names such as Manna (instead of Man), Moses (instead of Mosheh) and Aaron (instead of Aharon). But, beyond the problem of Greek verses Hebrew pronunciations is the even larger problem that much of our interpretation and meaning of Hebrew words are also influenced by the Greek Septuagint, not only within Christianity but in Judaism as well. Just how far this influence has penetrated I am not sure, but I will be doing more research into this subject in the future.

For another example of how the Greek Septuagint has influenced Bible translations see my article Perfect at The Living Words Web Site.